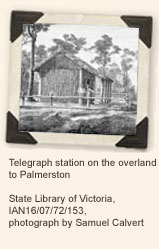 During the 1870s, Australia became one of the most urbanised countries in the world. Towns and cities attracted people to work in the new manufacturing industries. By the 1870s, in Melbourne one-third of all workers, both men and women, worked in manufacturing, making it the largest industry at the time.

The Selection Acts had increased the land available to small farmers, often at the cost of First Nations peoples who were pushed of their land, frequently into reserves and missions. Misunderstanding and altercations between the two groups led to massacres and reprisals in these areas. Many Aboriginal people resisted attempts to control their lives and appealed through deputation and petitions to the colonial governments for land rights, civil freedoms, and improved conditions on the reserves.

Truganini of the Nuenonne people is remembered as a culture leader, skilled hunter, and translator for early settlers. In 1876 Truganini passed away and her remains were put on display by the Tasmanian Museum and Art Gallery without consent.

Many sites were re-named with European names. In 1873, surveyor William Gosse declared Uluru as 'Ayers Rock' after the chief secretary of South Australia, Henry Ayers.

Education of all children became increasingly valued. For much of the 19th century, school was not compulsory and parents needed to pay fees, which many couldn't afford. Most children attended irregularly and for only a few years, often being required to work to help support the family. Each colony progressively introduced compulsory government-run schools to be 'free, secular and compulsory'. New schools were built, teacher-training colleges were established and teachers' salaries were paid by new departments of education who set standards and monitored teachers. All funding of non-state schools was withdrawn.

Victoria was the first colony to make education free and compulsory, 1872.

First transport of frozen meat on a refrigerated ship from Australia to Britain, 1879.

The Overland Telegraph Line finished and first used in 1872. It connected Australia to Java and from there to the world.

The construction of the Ghan railway line started at Port Augusta in South Australia, 1878.

The first bicycles imported to Australia, 1875.