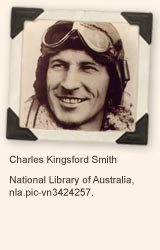 After the horror and huge loss of life in the First World War, many Australians embraced the 1920s weary but keen for a more modern way of living. Home ownership, and the continued growth of suburbs was a priority. Government money poured into infrastructure for electricity and running water to the home. New coal fired power stations were opened to provide that electricity and new bitumen roads were built to carry the new buses in towns and cities.

Then and now jazz music is a symbol of the 1920s. It came to represent the carefree embrace of life that some, particularly younger generations, felt during these years. Music halls in cities and towns across the country hosted orchestras, bands and variety nights. Movies too were popular attractions with weekly showings of a film and news reel. Radio also arrived in the 1920s and, unlike cars, this was a more affordable new appliance for many families. It opened up the world to news broadcasts and the music and radio serials of the era.

Women, especially young women, embraced the new vibe of the era adopting shorter skirts and shorter hair. Young women increasingly pursued education opportunities and took up employment outside the home. They became known as ‘flappers’ or the ‘modern woman.’

At the same time, the state government run Aboriginal Protection Boards continued to exercise restrictive and discriminatory control of First Nations peoples. Many continued to be forcibly removed from their lands onto mission and government run reserves. The relocations were often made to mission reserves far from the town centre, with the harmful implementation of 'assimilation' policies which included banning languages and cultural practices of any kind. First Nations soldiers returned from the war effort were ineligible for benefits and support programs. First Nations veterans were denied medical treatment and access to the programs like the soldier settlement scheme which transferred ownership of blocks of rural land.

The end of the war also saw Australia enter a period of political unrest and strikes. Unions became more militant in order to protect workers' rights. The conservative alliance, led by ex-ALP renegade and former prime minister Billy Hughes and sitting prime minister Stanley Bruce, was quick to seize on these strikes as evidence of 'Bolshevik Communism'. This is a reference to the Russian revolution of 1917 where communists, also known as Bolsheviks, had seized control of the government.

In October 1929, the world experienced a stock market crash on Wall Street in New York that triggered the Great Depression. The heavy borrowing of government to finance new infrastructure and by families to buy new houses and radios would be difficult to repay in the next decade of mass unemployment and high interest rates.

The Country Party (later the Nationals) first formed in 1920.

First film with dialogue shown in Australia, The Jazz Singer, 1929.

Electricity transmitted from the La Trobe valley into Melbourne to power homes, 1924.

Charles Kingsford Smith and Charles Ulm are the first people to fly across the Pacific Ocean from San Francisco to Brisbane, 1928.