Mohammed is a mad-keen bowler and is desperate to join the cricket team at his new school. However, there are no available places and so he ends up playing with the girls' team, who prove to be the better side. 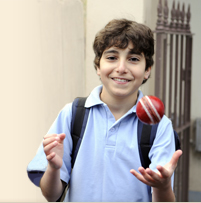