Bertie wants to buy a special gift to welcome his brother Eddie home from the war. He thinks that a pair of brown brogue shoes is just what his brother will need. Bertie is doing all he can to save the money, including putting on a magic show. 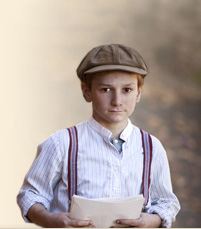